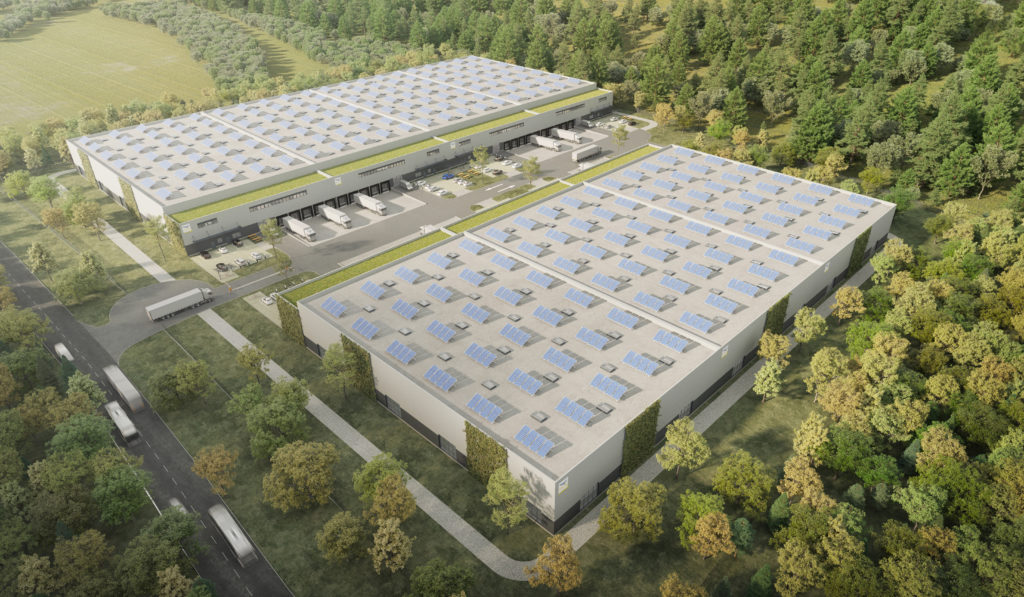 Deutsche Logistik Holding DLH has acquired part of that area in Federaun| Villach, which will complete the Logistics Center Austria Süd (LCA-Süd). Now the company presented its plans for the first time.

Fuernitz, November 7th, 2022. Deutsche Logistik Holding (DLH) is one of the leading logistics developers in Europe. Most recently, the company had acquired six hectares of land in Federaun, Villach. This is the first part of the completion of the logistics hub Logistik Center Austria Süd (LCA-Süd), which consists of areas in Fürnitz (Finkenstein) and Federaun (Villach). The area is closely related to the Baltic-Adriatic axis, one of the major European railway corridors. The aim is the optimal, environmentally-friendly transfer of freight traffic from road to rail in combination with regional added value.

DLH Managing Director Christian Vogt presented at the press conference in Villach on October 25th first details on the project. 32,000 square meters of logistics space are to be created. 130 to 170 people should find work here. “This value is based on decades of experience in logistics. We know from comparable systems how labour-intensive individual logistics areas are,” says Vogt.

The orientation of the project is already given by the name: The “Rail Log Park LCA Süd” is geared towards the best possible use of the railways. “We see ourselves as a modern and sustainable developer of promising logistics parks. Emission-free transport is an important component here,” says Vogt. Not everything will be feasible by train. However, it is crucial to make logistics as “green as possible”. It doesn’t matter whether you “only use 20 percent or 100 percent of your options.” In this area in particular, the city of Villach is a partner who left no doubt about Federaun’s sustainable logistics standards to set right from the start.

Villach’s Mayor Günther Albel points out the high demands of the contractual agreements made with DLH: “The connection of the new halls to the regional district heating network, the installation of photovoltaic areas on the roof and the preservation of 25 percent of the acquired area as green space as well as the orientation the railroad will make the Rail Log Park a flagship project. Together we will show that job creation and nature conservation are compatible.”

The construction of the Rail Log Park could start in late 2023, with completion scheduled for early 2025. The prerequisite for this is, of course, the completion of all necessary official procedures.

Are you interested in a modern logistics property in LCA-Süd, the southernmost logistics hub in Austria? The planned “Rail Log Park” welcomes interested parties. Please get in touch with our employee in charge of our Inter|National Investors Service: