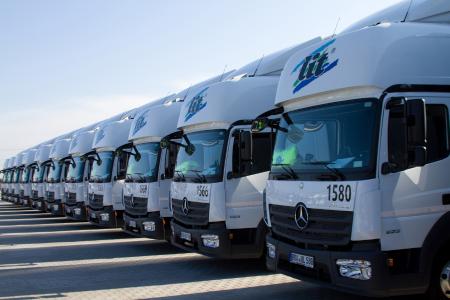 Villach: Hub for goods from all over Europe

The L.I.T. AG opened a new subsidiary in Villach, Austria. The focus of the service offering will lie on jumbo transports.

Villach is located at the intersection of two major European transport axes. The company announced that their new subsidiary, established in past October, will act as designated hub for the flow of goods between Austria, Italy and Slovenia. The main goal is to attract international customers from the packaging and insulation industries, and furthermore the development of the jumbo transports market in Austria. In addition to that, the company stated that there is potential to attract professionals from abroad.

“Due to the proximity to the Logistics Center Austria South, the new location will develop as major distribution center for the rest of Europe, offering optimal connections to highways, railways, and ports”, says the newly appointed manager Marco della Pietra.

What is more, the contract volume has quadrupled since initiations of operations in Villach. The L.I.T. has been employed for almost all major industrial corporations in Austria. Based on internal data, the company is currently transhipping between 15 and 20 trucks per day. Throughout the following year the volume is expected to jump up to between 30 and 50 jumbo articulated-trains daily.

You can find out more about which cookies we are using or switch them off in settings.

This website uses cookies so that we can provide you with the best user experience possible. Cookie information is stored in your browser and performs functions such as recognising you when you return to our website and helping our team to understand which sections of the website you find most interesting and useful.

Strictly Necessary Cookie should be enabled at all times so that we can save your preferences for cookie settings.

If you disable this cookie, we will not be able to save your preferences. This means that every time you visit this website you will need to enable or disable cookies again.

This website uses Google Analytics to collect anonymous information such as the number of visitors to the site, and the most popular pages.

Please enable Strictly Necessary Cookies first so that we can save your preferences!