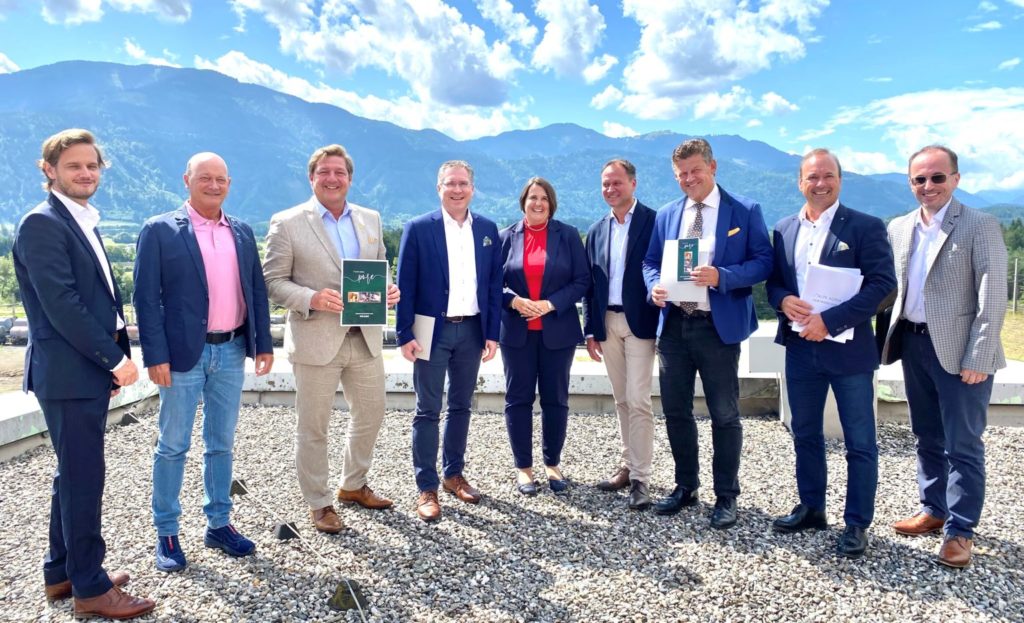 The mayors of Klagenfurt, Villach and St. Veit visited the Carinthian logistics location LCA-Süd in Fürnitz together. Its importance as a gateway to world markets will increase sharply, especially after the Koralm and Semmering base tunnels have been completed.

08/30/2021 In order to discuss the future potential of the Carinthian logistics hub “Logistik Center Austria Süd” (LCA), the mayors of the three largest cities of Carinthias central area met last week with the management of the location agency of the same name, Ms. Julia Feinig-Freunschlag and Mr. Udo Tarmann, MSc in Fürnitz.

With the completion of the Koralm tunnel and the Semmering base tunnel by 2026, the federal government and ÖBB will have invested almost nine billion euros in 60 kilometers of railway tunnels on the Südbahn high-speed line. In order to be able to shift as much freight traffic as possible from road to rail in the future, not only modern routes are important, but also intelligently distributed logistics centers. Products are loaded and unloaded via these turntables and terminals along the tracks and thus get the last few meters to the people.

One of the most important logistics centers in Austria is located in Fürnitz near Villach. It is to be significantly expanded and modernized in the coming years in order to be able to cope with the growing freight traffic. This makes it one of the most important infrastructures in the central area of ​​Carinthia and offers a modern opportunity to open up trading markets.

In addition, the location agency plans to be the first point of contact for all matters relating to logistics.

The city leaders and mayors Christian Scheider (Klagenfurt), Günther Albel (Villach) and Martin Kulmer (St. Veit) were impressed by the planned development into the most important logistics hub and competence center in the Alps-Adriatic region and emphasized the important role for Carinthia’s economy.